For the first time since World War I, the leaders of Germany and France appeared together at a ceremony to commemorate the end of the conflict, saying it is now time to celebrate their countries' reconciliation and friendship.

“French-German friendship is sealed with blood,” French President Nicolas Sarkozy said under the shadow of the Arc de Triomphe, site of the Tomb of the Unknown Soldier.

Sarkozy and German Chancellor Angela Merkel together laid a wreath of flowers at the tomb and symbolically relit the perpetual flame above it to mark the 91st anniversary of the end of World War I.

“This small flame is also ... the flame of hope," Sarkozy said.

The bold departure from traditional Armistice Day commemorations came two days after Sarkozy travelled to Germany to help fete the 20th anniversary of the fall of the Berlin Wall.

“One must learn to rise above one's history,” Merkel said in a speech. “What happened cannot be forgotten, but there is a force that can help us ... the force of reconciliation."

Tens of millions of civilians and soldiers were killed during what was labeled the Great War between Germany and allied nations France, Britain and its former colonies, including the United States, Australia and Canada.

The last of 8.4 million French who fought in the war that tore Europe apart died in March 2008, and Sarkozy wanted to use the Armistice commemoration to look to the future with the nation that was vanquished but which, with France, now has a central role in the European Union.

“For us, 11 November is a day of peace in Europe and the fall of the wall is a day of freedom,” said Merkel, who herself escaped from East Germany to the West after the collapse of the wall that defined the Cold War.

With evident emotion, Sarkozy and Merkel listened as the French Army Choir sang the French and German national anthems. Together, they reviewed troops posted around the Arc de Triomph at the top of the Champs-Elysees Avenue.

Some 2,000 French and German youths were taking part in day-long ceremonies commemorating the end of World War I. Other nations that served as World War I battlefields, notably Britain and Belgium, also were marking Armistice Day.

Wednesday's service at Westminster Abbey in London coincides with the ritual two-minute silence that marks the end of the Great War and pays respect to all war dead.

In Belgium, which saw some of the fiercest and bloodiest trench warfare on the Western Front during the 1914-1918 war, King Albert II was leading the royal family and government officials in a solemn commemoration in Brussels at the tomb of the unknown soldier.

In Ieper, better known to soldiers by its French name, Ypres, tens of thousands of people lined the narrow streets of the town left in ruins during the 1914-1918 war and now a world symbol of peace. Ceremonies were held around the Menen Gate war memorial where the names of 55,000 missing soldiers are engraved. 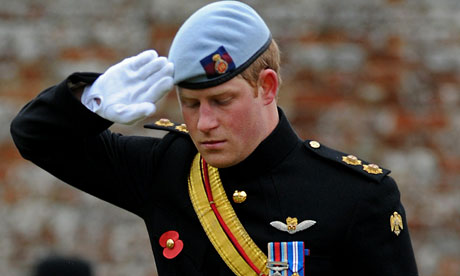 
It has been described as Britain’s answer to America’s Arlington National Cemetery.
More than 50,000 trees, many of them saplings not large enough to see from the air, form a living tribute to Britain’s fallen heroes at the National Memorial Arboretum.

Although far from complete, the 150-acre arboretum at Alrewas, near Lichfield in Staffordshire, receives 300,000 visitors a year.

The brainchild of Commander David Childs, a retired naval officer, the site was opened in 2001 using donations and Lottery funding. It encompasses 153 separate memorials paying tribute to the Armed Forces, the emergency services and voluntary organisations.

1. The centrepiece of the memorial arboretum is the Portland stone Armed Forces Memorial which honours the UK’s 16,000 servicemen and women who have lost their lives since the end of the Second World War.

2. Bordered by a hedge, the Brotherhood of Greek Veterans Chapel honours those who fought in Greece from 1940 to 1945.

3. The Polar Bear memorial is dedicated to the 49th (West Riding) Infantry Division, which fought the Germans in Norway in 1940 and was then stationed in Iceland.

4. The marquees, which stage more than 200 events a year, are to be replaced by a pavilion.

5. The Millennium Chapel of Peace and Forgiveness, the only place in the UK where the Act of Remembrance is observed every day.

6. The Leonard Cheshire Amphitheatre is dedicated to the highly decorated RAF pilot who devoted his life to charity.

7. White alabaster stone marks the memorial to the Fauld explosion, which killed 68 in 1944 when a munitions dump in Staffordshire blew up.

8. Dwarf fruit trees, which can be picked at wheelchair height, mark out the British Limbless ex-Servicemen’s Association Garden.

10. Among the latest additions to the site is the 165ft-long RAF Remembrance Garden, which honours those who have served in the RAF and Commonwealth air forces. The garden layout is based on the RAF roundel.

11. This striking V-shaped monument is dedicated to members of the Soroptimist International women’s organisation, which aims to promote world peace.